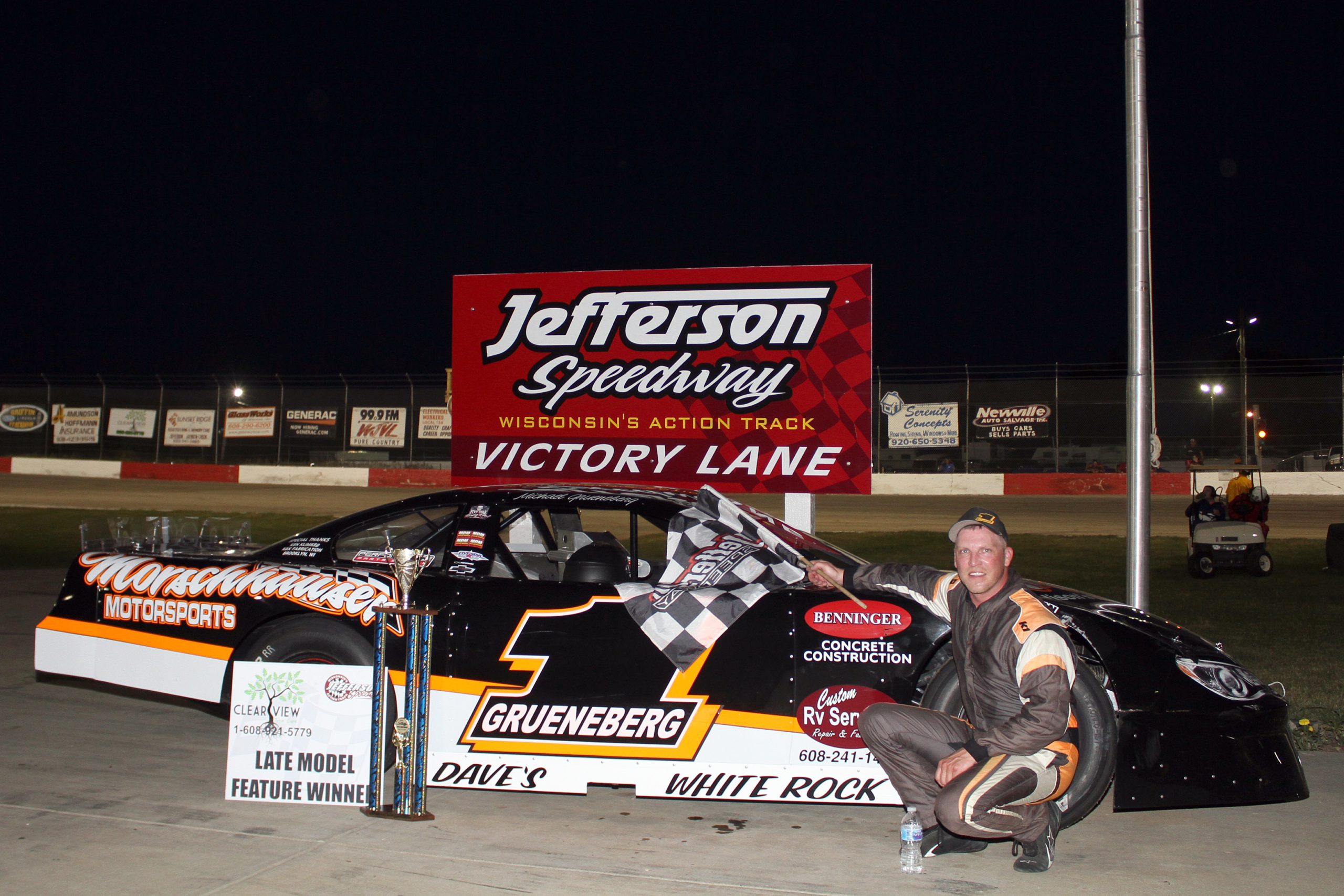 CAMBRIDGE, WI (Saturday, June 5, 2021)             The 5th week of racing started out on a scorching, hot evening at Wisconsin’s Action Track. Five divisions of racing packed the program, highlighted by the R.S. Lilly Auto Care Center 60 lap Late Model main event. When it was over, Michael Gruenberg would go home victorious.

Chris Chenoweth and Paul Kisow paced the 60 lap Clear View Tree Care Late Model feature to green with Kisow taking the lead on the first lap and they stayed side by side for lap 2 when Chenoweth got his only lead lap.  Kisow fought back to stay in the lead for the next 6 laps. While the battle for first ensued, on lap 9 Kisow, Ryan Goldade and Michael Gruenberg would entertain the crowd with 3 wide action. Goldade would take the lead on lap 9 and the first and only caution would come out on lap 10 for Kisow and Dale Nottestad spinning, sending them to the rear of the field. Goldade and Chenoweth would restart the race with Goldade getting the jump to the front where he would remain for 5 more laps until lap 15 when Gruenberg would nudge Goldade just to enough to take over the lead. Gruenberg would run the rest of the race out in front. Jacob Nottestad started in P9 and was in hot pursuit to get to the lead. He never quite made it but finished in second. Gruenberg remained out front through the checkers to pick up his first win of the season. J. Nottestad finished a strong second followed by Goldade, Stephen Scheel, and Seth Reamer.