Due to poor weather conditions and already saturated speedway grounds, the racing action scheduled for Saturday, May 12, has been canceled. We will get back to racing next Saturday, May 19, with our regularly scheduled program including Late Models, Sportsmen,…

JEFFERSON, WI (Tuesday, April 17, 2018) Unfortunately, Mother Nature has been rather uncooperative this spring as we head towards another season of racing at Wisconsin’s Action Track. Due to poor weather conditions, we have been forced to postpone the 2018… 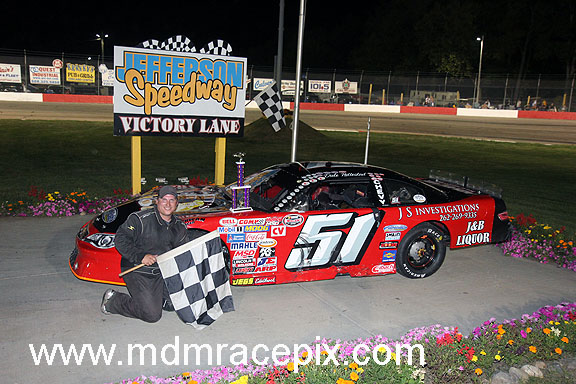 New for 2018, the Badgerland Challenge will now be a four race mini-series for the top Late Model and Sportsman competitors at Madison International Speedway and Jefferson Speedway. Team Jefferson’s Dale Nottestad bested Madison’s Zack Riddle to claim his second… 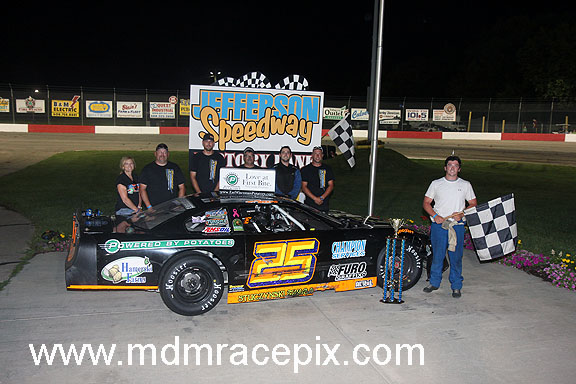 Due to poor track conditions, tonight's practice has been canceled.

Due to poor weather, the racing scheduled for June 24 was canceled. The Badgerland Challenge will be rescheduled at a future date. Racing resumes next Saturday, July 1, in all six divisions brought to you by American Ethanol. The Late…

Memberships: Madison (NASCAR), Slinger and Jefferson Memberships will be honored at each host track for member pit pass rate. At Madison, any visiting team from Jefferson or Slinger will be given a complimentary 15 day NASCAR License. Tires: American Racer… 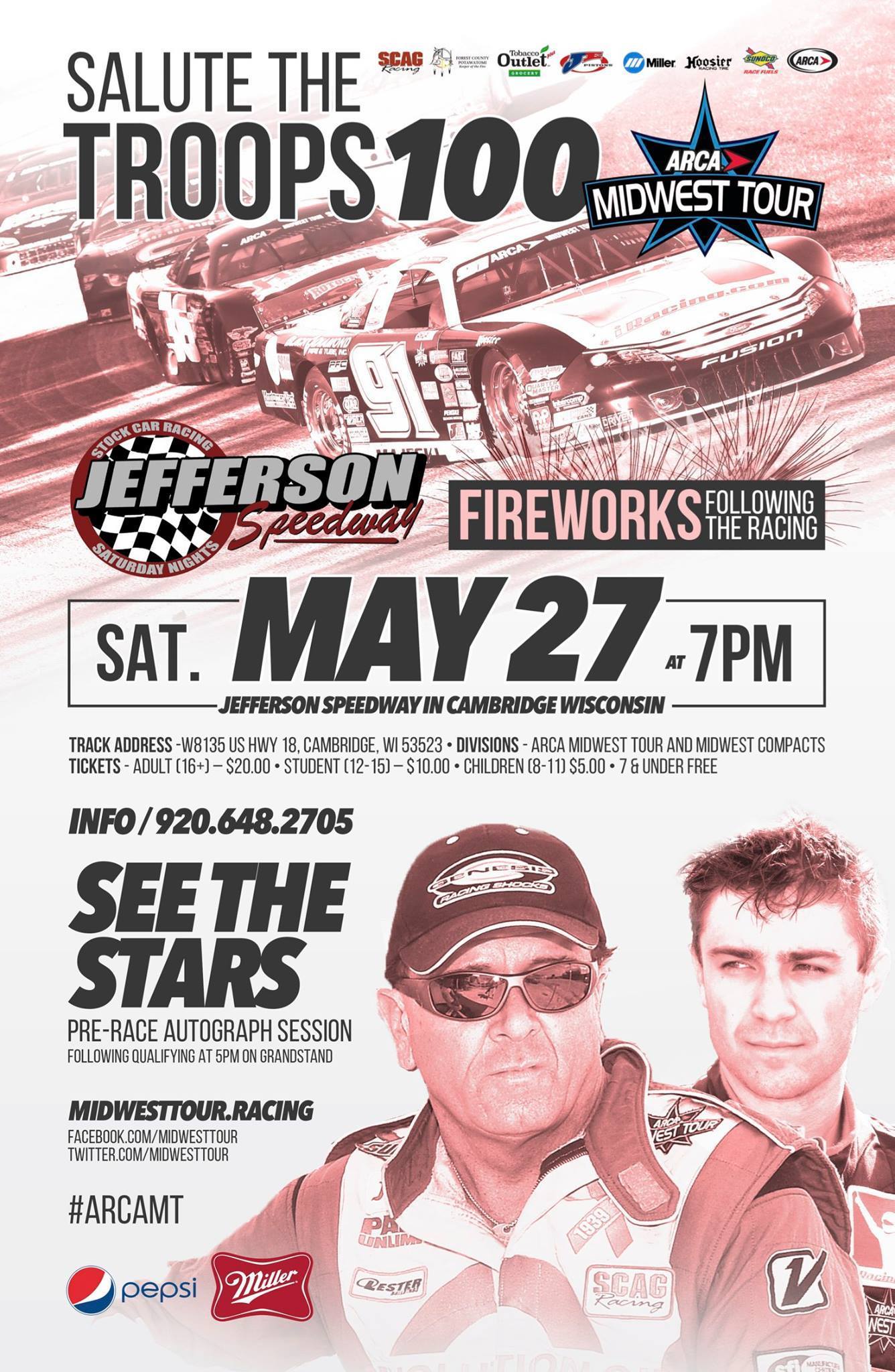 The Stars & Cars of the ARCA Midwest Tour presented by SCAG Power Equipment are preparing to make a return to the famous Jefferson Speedway in Jefferson, Wisconsin this Saturday night for the “Salute the Troops 100.” The last time…

JEFFERSON, WI (Thursday, April 20, 2017) As the temps begin to rise and the days continue to get longer, it can only mean one thing…..racing season is upon us! The 66th season of racing at Wisconsin’s Action Track is mere…

The details for the 36th annual Wisconsin State Championships have been released. Everything you need to know about the three day racing event is right here!